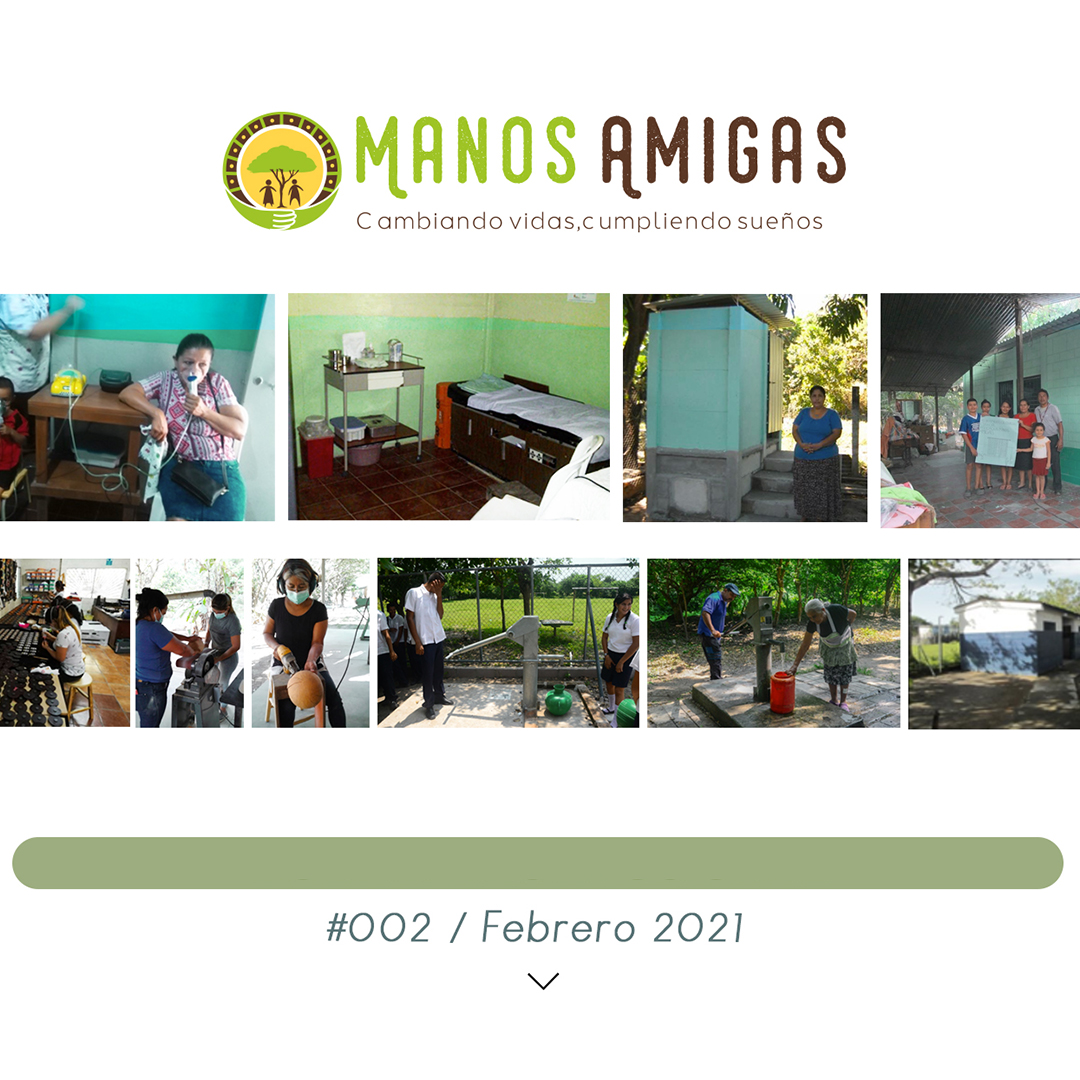 With the objective of reactivating the economy of Salvadoran households, Manos Amigas continued with technical training in the manufacture of textile products for young people from the communities of San Luis Talpa, La Paz. In the first classes, the students received basic lessons on the use of the sewing machine, fabrics and threads.

Thanks to the support of donors and partners, the NGO improved the machinery at the Miraflores Workshop, where handicrafts are made from the fruit of the morro tree. This significant contribution contributes to guaranteeing the occupational safety of the artisans, the creation of new pieces and the updating in the handling of the equipment.

During the month of February, medical attention continued to be provided at Clínica Miraflores, especially to young people and the elderly, helping to prevent various respiratory and gastrointestinal illnesses, among others.

At the same time, food supplies were delivered to families residing in Comunidad Miraflores, Cantón Arcos del Espino, Jucuarán and San Pedro Puxtla. The NGO, with the aim of alleviating the lack of permanent employment in the country, also delivered chickens and food supplements to communities in La Paz and Usulután.

In addition, Manos Amigas, in anticipation of the stormy season that usually affects the national territory, delivered coats for the families of Comunidad ONUVA, El Boquerón and Comasagua.